The Bright Children, a mythology

Travel, unfortunately, will inhibit my ability to post the next part of Deep Time’s current story, “Prophet of the God Seed.” Since the last installment was a description of Padalmo’s religious mythology I thought it would be fun to post the prologue from an upcoming fantasy work that runs in the same vein. Enjoy! 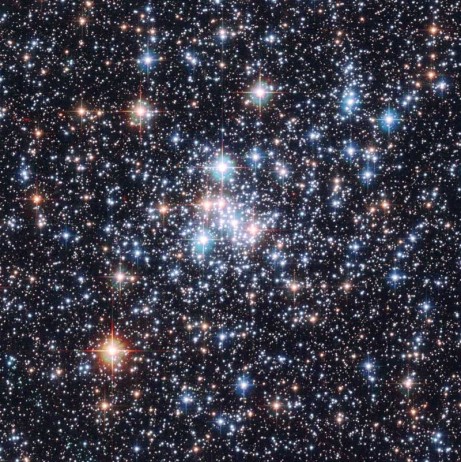 The land of the Bright Children, the Illuminates, was a twisted world, a ruined planet. It was a land of wide untold boundaries, filled with beasts of unfathomable horror, whose dens reeked of death. Seldom were these dens found, even when they were sought out, an action which even the bravest bright Child would find terrifying and abominable. This was because the world, nameless beyond such simple terms, was above all, exceedingly dark.

The darkness that surrounded the bright children was nearly a thing unto itself, and if one of the children were to bring forth a lamp into the wilderness, or to cast a spell of light or revelation, he would find that only a small space could be discerned. The darkness ate up the light of the bright children, and so they had to stay together. Together there was light. One or two at a time, the world would eat them up; they would be lost without vision. Indeed, the few times that a Bright Child would venture out alone, either out of desperate need or fool madness, seldom would he find his way home again. Lost, or devoured by the void? None could say.

The loremasters had a telling, favored by the young and old alike, of a time before the darkness, when light shone from the sky, and all the land could be seen for a great distance about, bright and clear. Even when the brightness left, there was light, for in the black sky there stood countless motes of flame, like unto the eyes of the Children in after times, shining forth in joy, and there was a watcher, who comforted the children with rains of sliver. For the younglings, the telling enticed joyful imagining, and for the old it whispered a promise of redemption. The longing for rest in the Bright Children grew with the years.

It was said that in the beginning, the creator fashioned earth from his own flesh, dispersing into it his truest life, to persist and grow, and to never fail in the continuing cycles. From his mind he created the gods, to be guardians over himself as his omnipotent power was diffused. With the flame of his soul, he created the Bright Children, his true offspring. From the earth he made their bodies, and with pieces of the gods he fashioned their minds, and he placed the life of ages, the secret flame, into their beings. And so, the creator was lost from his children, but they were him, and he had become them, their home, and their guardians.

For many a long age the earth wheeled and turned, with light and life and mirth and love, guarded faithfully by the gods against the void left by the creator’s absence. The void. The dark. It was the presence that was left when the creator was dispersed into time and space. Long had the void fought with the remnants of the creator, but he found in the end the he had his own place in the design. He was ill-content, and filled himself in every space. He was the void. Darkness.

The gods, or the guardians, as some tribes called them, were originally composed of nine siblings: Sight, Sound, Touch, Taste, Smell, Hot, Cold, Direction, and apart from the others, Time. These are their names, in simple speak, but they have many names beside those which were more proper. Since they were formed of the Creator’s mind, they each had his faculties of thought and judgment, but each one governed a sense of the mind in the world that is, from sight to time itself. Though siblings they were, it is reckoned by the Bright Children that they were not all equal, and so they are listed in their order of reverence and power. Sight, as part of her being, was both powerful and fair, and all others paid tribute to her. Time alone stands apart, strange and different from the rest. He is perhaps the most powerful of all, but he shows his power in strange ways.

The mythic age, or the age of light, was said to be an incredible time for the Bright Children. They built great cities and palaces out of stone, and marble, and many were filled with walls of fragile transparent glass so that they might let the light into their homes. They used their powers to make great art: statues, paintings, and carvings on all their many useful items. Their creation in the world that is was a testament to their parentage, and together they wrought many things that could only have been born of the creator himself.

These feats, however, sowed the seeds of discontent in the guardians. All the greatest wonders of the Bright Children, those that were remembered through the span of time, were things to be seen. Music, the gift of sound, lived and died upon the ears in its playing. Soft sheets were less remembered than the stitching that gave them decoration, and carvings were to be seen more than touched. Meals brought joy to the Bright Children, and sustenance, but were a moment on the tongue. The sweet aroma of flowers and the delight of fragrant oils were forgotten soon after encountering them, but the beauty of the flowers’ sight was remembered. And so it was with the other guardians – cold days were remembered for their beautiful white snow, hot days for the verdant foliage of the forest and garden, and travelers remembered most the sights on the journey, not in which direction they travelled.

Time alone was not jealous. He remembered. He knew. He foresaw. He walked among the Bright Children, crying glowing tears on the beautiful city streets. Those that saw him for what he was were struck with wonder. They could not comprehend sorrow, though time understood what was coming.

And so, after long ages, the seed of jealousy in the gods grew into a thorned and hideous plant. The plant bore at last a bitter fruit, and the guardians, all save for sorrowful time, conspired against sight. The void, it seemed, had crept into the cracks between the siblings.

They put their powers together, and assailed sight one day, while her being was occupied with the shining of the sun and the warming of the earth, and the guardians assailed her. They struck her with weapons of their own design, things which had not yet before been conceived, but which would find their way into the heart of the world thereafter. They struck down sight, and blinded her.

The sun went dim, and then vanished. The stars winked out. The watcher never returned to the skies. The void entered, and filled the cities and the forests, and every corner of the world. Crops died. Trees died. The Bright Children were suddenly blind, and unable to comprehend what had happened. They were lost from one another. They fell, or could not find food, or forgot where the wells were. Many of them perished.

Time stood apart. “We were meant to stand together,” he said softly in the darkness, coming upon that which he had foreseen. “None of us is separate from the other.” The eyes of Time glowed brightly with the memory of his sister, and he wept glowing tears, the only light left in the word. Upon seeing what they had done (for all of them possessed sight after their father, in small degree), they were beset by woe. The only sounds from the Bright Children were wails of sorrow. Their touch was all they had to guide them, but they felt only the stone floors in their search for survival. So it was with the other senses. Beauty seemed lost in the sadness.

The gods, wracked with guilt, departed then, and went to put back into the earth what they could for the Bright Children, now deprived of light, so that their life, and life of the creator, would not be lost.

Time, however, remained. He knelt beside Sight, and realized that she was still alive, though Time perceived her end was near. She knew it too, and though death and the void were close, she was still filled with love for the children of the maker. And so, with the help of Time, who was closest in nature to their father, she dispersed herself unto the Bright Children, like her father had done before, and gave them a great and powerful gift to protect them in the dark. This power, in its many forms, came to be called magic. With the gift, Sight left the world that is, and became one with the Bright Children.

The Children were, however, still blind, even if they had magic and light for themselves. So Time, loving the Bright Children as his sister did, gave them his own gift. From his infinite visage he plucked one of his eyes. He held within himself memory, the greatest memory of all living beings, and visions of the future, and an understanding of the present. Most of these were of sight and light, and so he shattered his own eye, diminishing his vision, and sent the glowing shards out into the world, where they became one with the children.

They regained their sight, and though the world was without light from the sun or stars, they were no longer terrified or lonely, for they perceived around them their fellows. Glowing eyes, wandering through the dark, coming together to unite on their paths down into the world of darkness.

The telling has many other stories, and loremasters are eager to tell all of them, but the story of Sight and Time is the most enchanting to the Bright Children, for in it they know the creator, and they have hope for the future in a world of demons and darkness.