Having completed the rewrite and the re-run of the first act of my first book, Dissonant Tides, I thought it might be time for some different content. I will be running (starting today) a story from my science fiction universe created with Matt Wellman, Deep Time.  This story, which will be integrated into the first full novel of this universe, details how the Macbeth Clan comes to have the person of Moses on board the fleet-ship and also gives a large amount of background information as to how the fleet-ship functions and how the universe operates within the confines of relativity. I hope you will enjoy this scifi story!

So this week I did a rather large update of Muramasa: Blood Drinker, going through all of the back postings on this site and updating formatting, html code, and graphics integration. All of the pages should now conform to the standard CSS and html tags used on DVS Press. I did this mostly because I want people to be able to read the book here, with all the advantages of the new site, with its better navigation and scripting capabilities (which has resulted in footnotes that actually work!) , rather than have to go back to The Tears of Prometheus to go through it.

When doing this it should be noted that the now current version of Muramasa on DVS Press has had its text derived from the original working file. This means that the version found here is effectively beta 2, having lots of little fixes that are different from the original run, yet containing no large revisions. Enjoy!

My whole life I have been an artist, with my focus moving between music, visual art, and the written word. Countless times I have dealt with the cycle of creativity, which is the slow or sometimes drastic switch between uncontrollable excitement and enthusiasm about projects to apathy. The well runs dry from time to time, and creation becomes nearly impossible. Some people call this “writers block,” but I think more that it is a disconnect of emotion, and I consider it part of any creative process. From time to time you have to let the well refill, and be content with what you have done until the next exciting project sweeps you away.

Historically, I have always found things to do when I found creation of new art difficult. In music, there was the ever-present demand of practice, which requires repetition far more than passion. With art, it was technical exercises. Writing, however, is a bit more difficult. I have considered spending a week writing non-fiction, and I have more than a few ideas in the pipe for that sort of thing. Editing seems ideal, but at the moment is difficult. Right now I am editing an old manuscript, but because of the primitiveness of my writing (it was my first book), it has become a re-write, which has demanded I tap new sources in my process.

It’s hard for me to find technical things to do with writing to pass through to the renewed well, but I can also look at this situation as an opportunity to grow. Finding ways to keep working through dispassion can be applicable to many other things, like day jobs, or parenting. Either way, I’m determined to slog through my current projects!

Just a few thoughts for the day.

I’ve missed a couple of content updates this week, mostly because I’ve had a terrible cold, and haven’t felt like I’ve had my usual focus and clarity of thought. Hopefully updates will resume normally next week, and I’ll try to get a few in over the weekend to keep Moonsong running along smoothly. I’m excited about this rewrite, which I think will be the best telling of this story yet (If you haven’t seen it before, that’s because you weren’t a beta reader – rest assured, the new draft is quite good compared to the old). 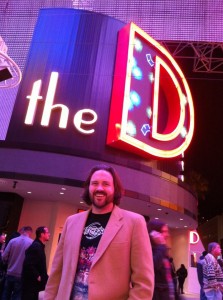 It’s been a long road to end up here, with a fresh new site. I’ve got lots of new content in the works, with an inaugural short story coming later in the day. After that, the launch will continue with a new serial story that I’m rather excited to show you.

You should notice that all the content from The Tears of Prometheus has migrated over to DVS Press. The formatting for the old site (which was based on a very dark background) is still intact in most posts, so the visibility of headlines might not be ideal. I’ll be working to straighten all of that out as we go. Likewise, the intensive cataloging that I did on the blogger site is still missing here, so if you are looking for something in particular, head back to the old site to find it.

Thanks for stopping by, and don’t forget to subscribe to the RSS feed and find me on twitter!