Home Non-fiction How Design a Book Cover: Copying a Best-Seller in Inkscape (video)

How Design a Book Cover: Copying a Best-Seller in Inkscape (video) 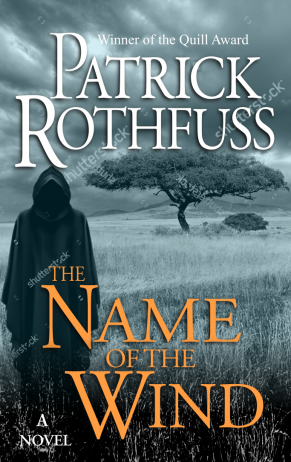 The finished image from the video

Every wonder what goes into a modern book cover? In the video below you can watch me go through every step, from blank document to finished product, to create a modern book cover using only stock photography, Inkscape (a free vector and object program), and a little know-how. I demonstrate this by copying the design of the cover for Name of the Wind, by Patrick Rothfuss, a best-selling fantasy epic that uses a standard photographic book cover.

In essence, most modern book covers are composed of several photographs that are blended together to create the image of a scene or location, and usually mixed with a human face or figure to round out the package and create the illusion of a real photo session or piece of art. Then the title and author name are placed on top using whatever design approach fits the image. In the case of Name of the Wind,  the designer uses asymmetry to compliment an asymmetrical image and disguise some of the flaws in the image design.

The basic steps for executing this type of design would be:

There you have it – a best-seller’s book cover made (more or less) in an hour. Like anything, there is always more tweaking to be done (for instance, I would likely hieghten the contrast of the entire background some more), but the techniques and aesthetics are represented.

If you are looking for additional resources, I highly recommend checking out Derek Murphy, a book cover designer and writer at http://www.creativindiecovers.com/ or his youtube channel. He’s got a ton of good information on design and marketing. I’m just some guy getting some practice in.