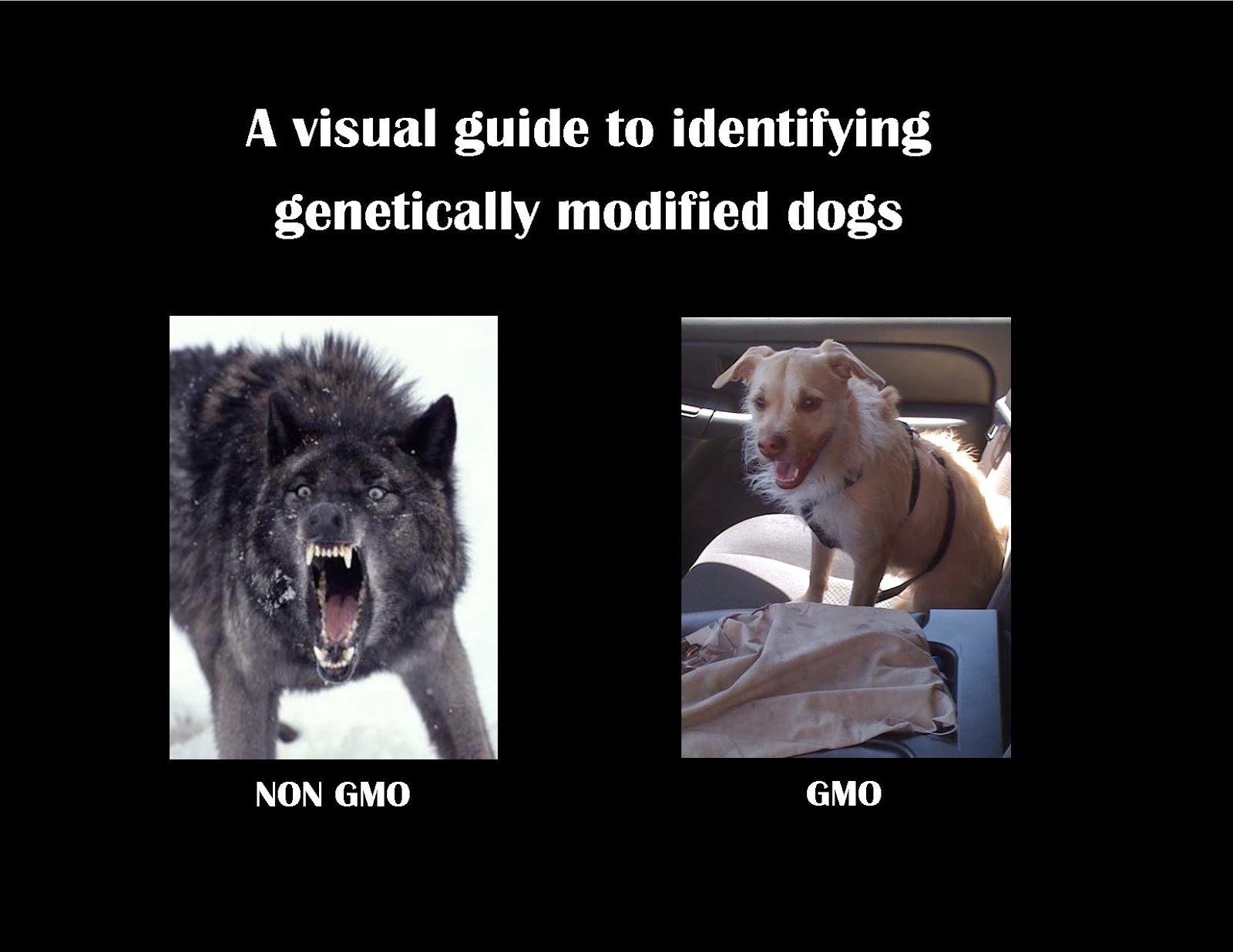 The above is a takeoff of a Facebook page’s “A Visual Guide to Genetically Modified Corn,” found here:

People are often very misled about what “genetically modified” means. Man has been altering life-forms to suit his needs for thousands and thousands of years through the mechanisms of selective breeding, hybrids, and only lately through direct modification of code.

Corn is a great example of this. It’s nature-made predecessor looks nothing like it. The ears are tiny and unusable; the casings of the kernels are thick and chewy. This makes sense for a natural plant, which seeks to spread its seeds, not provide nourishment for man or any other organism directly. The peoples of the Americas, over the course of many generations, turned this wild species into what it is today: a tall plant with ears so heavy they may break the stalks, with easily digestible kernels packed with energy. Modern corn cannot even fertilize any plant besides itself; it is literally impossible for modern corn to grow wild.

What separates this plant from the “GMO” corn of today, created and distributed by Monsanto and other agricultural businesses? The addition of traits is done through direct manipulation of the code, producing specific proteins for specific purposes, rather than through selection of random mutations. Understandably, some people think of this as “unnatural,” because it is the result of such direct human intervention, but the host organism itself is unnatural. Actually, direct code manipulation is likely much safer than phenotype selection for traits, as the genes inserted produce known proteins, whereas older methods of genetic modification produced unknown sets of proteins.

How does all this apply to dogs? We have many breeds of dogs, all of them produced by man from a single species: the gray wolf. In fact, technically, wolves are considered the same species as all breeds of dogs because they can mate and produce viable offspring. Dogs are actually a great example of the breakdown of the idea of species as that definition. A chihuaha and a Great Dane are both dogs, but physical mating between the two is nigh impossible. However, it is possible with every breed in between the two, making a range of compatible genetic populations, most of which can also breed with wolves.

If you have a dog (or any domesticated animal, for that matter), you are interacting with a man-made being. You are feeding it man-made food, derived from other organisms created by man out of the building blocks of life – genes – whether the method of design was through careful selection or direct coding.