I’ve got a new book coming out, and you can pre-order it for 99 cents. After this period, the price will go up to 2.99. The ebook is free for Kindle Unlimited customers, and will be free for paperback customers when the physical becomes available. What should you expect? 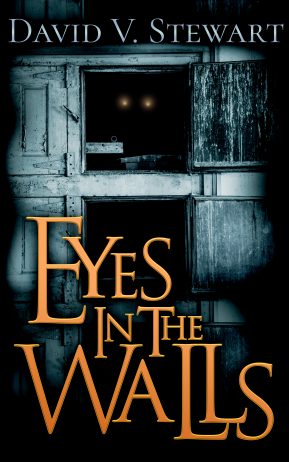 Eyes in the Walls is a book about a boy named Billy who sees a monster. No adults in his life believe him. They think he’s crazy, and they put him on antipsychotics. However, the other kids seem to believe him, even confirming the reality of the monster, who lives in the morgue at his mother’s funeral home. As the monster begins to attack Billy at home, he must come to grips with the reality that nobody who is there to protect him is either willing or capable of doing so.

And yet, he begins to have his own doubts as he wars with the effects of the medication.

Unlike my previous horror outing, Voices of the Void, Eyes in the Walls doesn’t contain science fiction or fantasy elements. Instead, it is straight horror with supernatural elements. You may notice some definite thematic parallels, however, particularly the “descent into madness” and the unreliability of a (possibly) insane narrator.

Pre-order Eyes in the Walls today!