The Slave Morality of Socialism 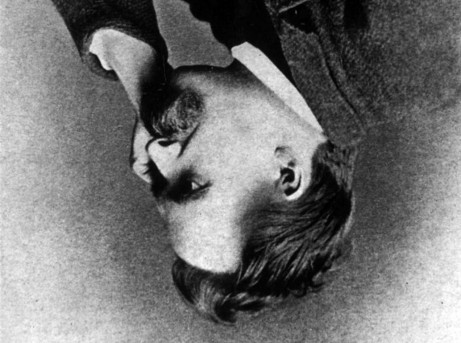 Socialism is that idea that if you steal and murder enough, equality will emerge. It is an utter sacrifice of the means to the end. On the surface, this seems like consequentialism at its worst, but even a cursory glance of history reveals that this is not the case. This is because 100 years of socialism have yielded tangible consequences, and they are horrific. Not only are the process costs immense, some 100 million dead due to socialism and communism in the last century as a conservative estimate, but the ends of equality and social justice that would justify the sacrifices have never (and will never) be achieved.

In reality, socialism is another permutation of what Nietzsche called “slave morality” – obsessed with intentions and vilifying those who are viewed as “masters.” Indeed, this is the best explanation for why socialism continues to be discussed at all. It is the sincerity, the intent – the “good” goal of equality – is what really matters to those encased in slave morals, not the obviously horrific outcomes that come from the actions themselves. Slave morality is a reaction against the masters and their morality; as such, it counts everything the masters do as “evil” and everything the slaves do as “good,” thus justifying to the slave his choices and his placement in society. This morality is appealing to anyone who views himself as a victim of oppression, because the promise of socialism is the essence of the slave morality, which is not to overthrow the masters, but to make the masters into slaves as well. This is the terrible goal of “equality.”

Of course, as history demonstrates, those who are the greatest proponents of socialism, the political leaders who end up organizing “the masses” are not the slaves. They are just different masters, using the weak will and short-sightedness of the “proletariat” to overthrow one set of “masters” and replace them with themselves. They seek not to destroy the ring of power, but to take it up and sit upon the dark throne, ordering things to their will. Nietzsche’s dead God is replaced by the cult of the State. The State becomes the only god worth worshipping, because the state is the only god with the power to enslave the masters for the “good” of the collective.

Enter into this backdrop the person of Bernie Sanders, a true exemplar of the slave morality. Boring, weak, old, polite, and meek – he appears to be everything the slaves see in themselves and wish vainly to be virtuous. However, if one discards the “kind” or “virtuous” (according to the slave morality) intents behind what Sanders proposes, and thinks instead of the actions used to achieve these intents, one will recognize him as by far the most evil and vicious of the oligarchs vying for the throne of the empire.

A few additions: I have, in the above, focused primarily on the value of “equality” as a function of socialist intent. This is partly because Bernie Sanders is campaigning using rhetoric that speaks of equality while it invokes resentment of the rich. Equally damnable are the other intended “virtuous ends” of the modern welfare state, like caring for the “poor” or “sick.” The slave morality of these similar ideas can be understood as manifest in both outcomes and intents. Welfare does not cause the “slave” to stop being a slave (it doesn’t lift people out of poverty), it merely permits the continuation and subsidization of that slave’s existence. This “well-intentioned” cause (a perversion of the virtuous act of charity) is achieved through progressive taxation and estate taxes, itself an attempt to enslave the “masters.” In this way the entire welfare state is a function of slave morality, for it does not lift the downtrodden out of their pit, but rather seeks to bring the successful in with them.