There is No Such Thing as a Bleeding Heart Liberal 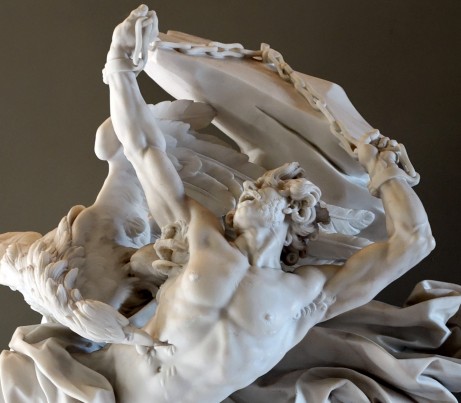 Love of the poor.

Care for the infirm.

An infinite metric of the empathy of one human to another.

The term “bleeding heart liberal” gets thrown around from time to time, as often as not from the “bleeding hearts” themselves, but it represents nothing of the position of the American left. The belief in government assistance programs, and their targeting of the “underprivileged” in America seems to imply an excess of empathy. That excess of empathy is derided by the right and worn as a badge of honor by the left. The reality, however, is that there is no empathy at all, merely pride.

This truth is revealed in the nature of the welfare state and other government programs which are designed to provide benefit to one group; always these benefits occur at the expense of others. These others – the providers, the workers, the economic producers of the nation – are forced to provide the resources for government programs through coercive force. There is no empathy on the left for the ever shrinking cadre of wealth producers who have their resources stolen at gunpoint and used against their conscience. There is no thought for those who now have less because what they have has been taken from them. These victims of violence are targeted not because they are vicious, but because they are virtuous. The wealth they have created, their lifestyle, their “excess” of resources has been produced by particular behaviors: thrift, putting off children until they can be provided for (at an ever increasing age due to the increase of theft by the government), savings, wise investment, a good work ethic, and, most importantly, the ability to put of current pleasures for future security.

No sympathy, empathy, or compassion waits for those that act with integrity and responsibility. Only a bitter truth, made no sweeter by political platitudes: no good deed goes unpunished.

The lie of empathy is further exposed for the illusion that it is when considering not just the horrific means of the government’s attempts to “provide for the less fortunate” but the outcomes of the attempts themselves. Welfare programs are nearly universally designed to subsidize poverty rather than to lift anyone out of poverty. Welfare gives out a benefit that is at or just above “poverty,” but when an individual attempts to lift himself up, through hard-work, or savings, or the acquiring of education, these benefits are removed, leaving him in a truly difficult situation. To quote Thomas Sowell from Free to Choose:

What the welfare system and other kinds of governmental programs are doing is paying people to fail. In so far as they fail, they receive the money; in so far as they succeed, even to a moderate extent, the money is taken away.

Not just that, but 50 years of intensive welfare interventions have utterly failed to cure the country of poverty. In fact, just about every single measure of life outcomes by those affected by the welfare state has deteriorated, from life expectancy and health to single mothers and broken families. The poor are now only a banner to clothe the bleeding heart on its march onward.

And so with the “bleeding heart liberal” we see that the heart does not bleed for the people that are subjected to violence in the quest for “equality,” “social justice,” “poverty,” or other such incorporeal terms, nor does the heart bleed for those who supposedly benefit from the hearts false empathy. The heart doesn’t bleed at all, it swells, for it has filled itself with pride for its “efforts”: the voting of men into government office who hire other men with guns to take from those who act in ways that benefit society, and give their money to yet more people, none of whom the bleeding heart has ever met.

That is the real march of the naked emperor through the town square. That anyone could call themselves empathetic of a multitude of faceless, unknown strangers, whose actions have not been witnessed by the supposed empath, who cannot be said to be either virtuous or vicious, victim or perpetrator, and swell with pride for the pretension is a great testament to the nihilistic horror of our age.