The land of the Bright Children, the Illuminates, was a twisted world – a world of ruins. It was a land of wide untold boundaries, filled with beasts of unfathomable horror, whose dens reeked of death, and whose tusks were stained with gore. Seldom were the dens of such monsters found, even when they were sought out, an action which the bravest and brightest illuminate would find terrifying and abominable. This was because the world, the earth, nameless beyond such simple terms, was above all, exceedingly dark. The darkness that surrounded the Bright Children was nearly a thing unto itself,…

It seems that the  re-writing Moonsong has become a rather monolithic project. The complicated task of re-defining characters, plot points, and settings, all while carrying through changes to later (and better initially written) parts of the story has been one that is not only draining on my time, but also on my spirit. It’s hard to write when you aren’t excited to do so, even if the end product is quite polished, and I am ultimately far more excited to work on new projects in the queue than I am to spend my energies correcting mistakes that boil down to inexperience. Part of the difference is to blame for the last gap of updates, but adding to it is the considerable amount of effort required due to the nature of the Moonsong project itself. Pages upon pages of intricate notes and long story lines do not lend themselves well to a busy schedule that requires me to write in short bursts, and though I have had time to pour through such things lately, my schedule is likely to be impacted in the near future.

It is for these reasons that I am putting the current publication of Moonsong on hold for the time being, and instead choosing to focus on a brand new project. This new project is something I hinted at back at the first launch of the site called “The Bright Children.” I had initially put off the writing of it in service to other projects that I owed my attentions, and desiring to further hone my skills, but I think with the completion of Prophet of the God Seed, my mind is ready for some more extreme fantasy. My heart is also excited to work on something new and different, which will be critical in the months to come. I need to be very excited about a  project to pull out my laptop at lunch or between other obligations and throw in a few hundred words in a short amount of time. I need my mind to dwell on the elements of character, setting, and story. This is such a story, whereas a re-write of an older work is not.

So, in moving forward with 2015, I am introducing the latest novel-length  story to my canon:

Set in a world of total darkness illuminated only by a race of humanoid spellcasters, The Bright Children mixes elements of horror and fantasy in story that is both narrative and myth.

Publication will begin with the prologue (which already exists), and follow with the narrative proper on a weekday update schedule.

My whole life I have been an artist, with my focus moving between music, visual art, and the written word. Countless times I have dealt with the cycle of creativity, which is the slow or sometimes drastic switch between uncontrollable excitement and enthusiasm about projects to apathy. The well runs dry from time to time, and creation becomes nearly impossible. Some people call this “writers block,” but I think more that it is a disconnect of emotion, and I consider it part of any creative process. From time to time you have to let the well refill, and be content with what you have done until the next exciting project sweeps you away.

Historically, I have always found things to do when I found creation of new art difficult. In music, there was the ever-present demand of practice, which requires repetition far more than passion. With art, it was technical exercises. Writing, however, is a bit more difficult. I have considered spending a week writing non-fiction, and I have more than a few ideas in the pipe for that sort of thing. Editing seems ideal, but at the moment is difficult. Right now I am editing an old manuscript, but because of the primitiveness of my writing (it was my first book), it has become a re-write, which has demanded I tap new sources in my process.

It’s hard for me to find technical things to do with writing to pass through to the renewed well, but I can also look at this situation as an opportunity to grow. Finding ways to keep working through dispassion can be applicable to many other things, like day jobs, or parenting. Either way, I’m determined to slog through my current projects!

Just a few thoughts for the day.

I’ve missed a couple of content updates this week, mostly because I’ve had a terrible cold, and haven’t felt like I’ve had my usual focus and clarity of thought. Hopefully updates will resume normally next week, and I’ll try to get a few in over the weekend to keep Moonsong running along smoothly. I’m excited about this rewrite, which I think will be the best telling of this story yet (If you haven’t seen it before, that’s because you weren’t a beta reader – rest assured, the new draft is quite good compared to the old). 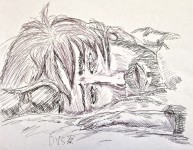 Another work of size is finished, and so it is time once again to reflect on the work – a service I do for myself as well as for any readers that might be writers themselves. It helps to think critically about a work immediately following a release when it comes to making future plans and improving the craft. Since I have the ability to edit and revise work post-hoc, such a reflection can also serve as the first baseline for revisions when and if the work changes formats (for example, if I publish a work using traditional means in… 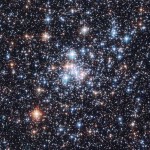 Travel, unfortunately, will inhibit my ability to post the next part of Deep Time’s current story, “Prophet of the God Seed.” Since the last installment was a description of Padalmo’s religious mythology I thought it would be fun to post the prologue from an upcoming fantasy work that runs in the same vein. Enjoy! The Bright Children The land of the Bright Children, the Illuminates, was a twisted world, a ruined planet. It was a land of wide untold boundaries, filled with beasts of unfathomable horror, whose dens reeked of death. Seldom were these dens found, even when they were sought…

An aphorism is different from a short story or a piece of flash fiction in that it does not seek to set up or resolve any plot. It is like a snapshot of a particular setting, character, or an expression of a feeling. The following horror aphorism is somewhat inspired by (but not derived from) a track called, “The Master Butcher’s Apron” off of Death Metal band Carcass’s last LP, Surgical Steel. Check it out if you have the time. There was a flash from the east. A burning streak split the evergrey sky, lit coldly by a blood-red sun in… 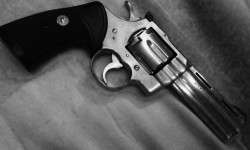 The point of flash fiction is to condense a story down into its barest and most essential parts. I have attempted to do this with horror, providing characters and plot points in just over 200 words. Enjoy! Julie’s hand hesitated over the buzzing phone. It was a DC area code… probably that FBI investigator again. That meant it was important, but she didn’t want to answer it. It meant hope was gone. Memories returned. It was like the beginning of a horror movie. They were in bed. Something went bump. Probably the cat again, but she had to be sure.… 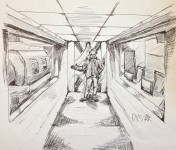 Padalmo grimaced as he swallowed another spoonful of the strange, semi-solid grey substance. He would not have known it was food had he not seen the bald man slurp down half a bowl himself. Moses. I like that name. It has a godly quality to it.  He looked at the bald man, sitting in a chair beside Padalmo’s bed in the long room that made what Padalmo assumed to be part of a hospital. Now conscious, he could take in more clearly the image of the man beside him, who was tall and lean. He wore a simple set of…