Not because it’s good. Oh no, it was very, very far from good. And yet it may be the shock that wakes people up from the cultural stupor of the corporate period and gets them to either stop consuming entirely (starvation) or gets them to look at non-corporate alternatives, most of which are fare more original and better executed than the drivel that has been pooped out by Disney the last few years. That incentive could drive lots of money – and therefore talent – back to writing classic stories. The meta-narrative of Disney Wars, which has primarily been about… 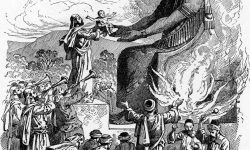 Very rarely does something appear truly devilish to me, but this one really seemed strange, even crazy. I’m curious if those who don’t share my faith get the same vibe, but for sure there is something… off about her voice. It sounds compelled, if that makes sense: Of course, there is more to this than that. First, she makes the trade obvious – she is successful because having an abortion allowed the opportunity to be so; she would not have the trophy had she not aborted her child. She says, “Thank God or whomever you pray to.” An image comes…

A new Star Wars movie came out recently – another piece of weird corporate fan-fiction with the creator happily disinvited from participation – and I noticed something: People (mostly my facebook friends) were posting about seeing the movie, but with an odd sentiment attached to it – the use of the word “nerd.” “Getting my nerd on.” “Time to let loose my inner nerd.” “Time to be a bit nerdy.” Let me say, there is absolutely nothing nerdy about going to see a movie in the most popular film franchise in the history of humanity. It is decidedly a normal… 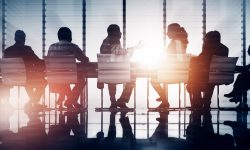 For the purposes of this discussion, “IP” means “Intellectual Property” and comprises copyright and trademark ownership – such as the ownership of franchises like Star Wars. Phase 1: Creation A lone visionary or small team create something that is an unexpected success, usually on a small budget. Phase 2: Explosion The corporation looks to capitalize on the unexpected success of the creation. They buy up the IP to make movie and game adaptations, or order sequels to quickly deliver additional products to the market. The original team is still mostly intact with increased salaries to ensure they participate in initial…

Production Aesthetics – 9/10 Tribal African inspired sets and costumes are eclectic, but effective, and always visually interesting. This film is superior in aesthetic value to the majority of superhero flicks, presenting things that are rooted in the familiar, yet unfamiliar, as opposed to Thor, which is much more fantastical compared to the Norse aesthetics that supposedly inspired it.   Cinematography and Special Effects – 8/10 The special effects are generally very effective, but there are plenty of seams to be found within the impressive visuals, from odd-looking war rhinos to CG stuntmen that look more like dull plastic than…

I put this review out on YouTube the day of release, but I haven’t been keeping up with dvspress except for fiction (lately, at least), so in case you missed it, here is my spoiler-free consumer-focused review of  Star Wars Episode VIII: The Last Jedi.

Aesthetics: 9/10 – Delivers the OT aesthetics in sharp detail, use of specific colors is effective.

Effects: 9/10 – Excellent CG and cinematic effects. The movie is comparable to the prequels fidelity if a bit less baroque and unconvincing with some of the cg characters.

Sound design (abstain) – The theater was not set up properly and the sound peaked constantly, but I think the sound design was likely a great improvement over the Force Awakens.

Cinematography – 8/10 – The cinematography was good, and generally shots were well-edited and showed the action clearly, though even at two-and-a-half hours the editing felt a little too tight. A descent iteration of contemporary editing strategies.

Characters/Acting: 4/10 – Andy Serkis and Mark Hamill deliver strong, convincing performances that take up too little screen time. Every other performance was bad, and was accentuated by terrible dialogue, missed humor (and indeed humor that was wildly out of place in a Star Wars film), and poor casting. None of the characters act in a normal, human way, and all the characters lack any sort of consistent moral beliefs. The female characters, in particular, were offensively incompetent and bitchy stereotypes, clearly made by a gamma male who doesn’t believe in the feminism he is trying to portray.

Plot: 2/10 – Nothing in the plot makes sense in the greater Star Wars universe, or especially with the setups of The Force Awakens. Nihilism is the main theme, probably unintentionally, as Rian Johnson is clearly incapable of understanding basic moral action, virtues, or common sense. A large portion of the movie (~45 minutes) is completely pointless, undermines the mcguffin of the movie (The First Order can track through lightspeed, and yet characters lightspeed away to have a jaunt in a casino planet). The entire plot would have been avoided had any character acted like a normal, well-adjusted human being.

Aside from a few “Star Wars” moments, the movie is a disaster and an insult to fans. Rian Johnson, with one single work, sweeps away decades of world-building in the Star Wars universe. The hero of the Original Trilogy, Luke Skywalker, is revealed to be a villainous, cowardly and pathetic human. The mystery boxes of Force Awakens are used to insult fans by making fun of them waiting for reveals that would make the nonsense of the previous movie make sense. In a break of the fourth wall, a character tells the audience to “let the past die, kill it if you have to,” essentially telling them off for being fans or being attached to older Star Wars movies. New Force powers are pulled out pockets at will as gotchas, with no prior vision of them in earlier movies and no explanation of how any character learned them.

Rey, the Mary Sue of the first movie, is at the end of the movie able to surpass Luke in every way, including beating him in a duel, having just learned about the force a week prior (as this movie takes place right after TFA).

The entire affair is deeply insulting and I believe will harm the long-term value of the franchise.

I recommend this movie for people who want a cinematic special effects experience with Star Wars aesthetics, but don’t care at all for a good story and generally don’t have an attachment to Star Wars in general.