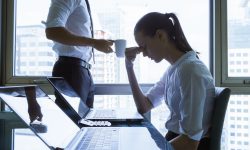 I wrote Lined Paper after giving a short piece of advice on how to pace scenes so that they keep the interest of the reader: Hey David, how should I think about control “tempo” in writing? I’m bad at explaining things but I’m trying to write my NaNo and when I go back and look at stuff, I see that the scenes I like have a lot more detail in them and come across as slower, and the ones I’m more unsure about almost look like summaries of what happened than being, uh.. “present” in what is happening? Sorry if that…

Production Aesthetics – 9/10 Tribal African inspired sets and costumes are eclectic, but effective, and always visually interesting. This film is superior in aesthetic value to the majority of superhero flicks, presenting things that are rooted in the familiar, yet unfamiliar, as opposed to Thor, which is much more fantastical compared to the Norse aesthetics that supposedly inspired it.   Cinematography and Special Effects – 8/10 The special effects are generally very effective, but there are plenty of seams to be found within the impressive visuals, from odd-looking war rhinos to CG stuntmen that look more like dull plastic than…

I put this review out on YouTube the day of release, but I haven’t been keeping up with dvspress except for fiction (lately, at least), so in case you missed it, here is my spoiler-free consumer-focused review of  Star Wars Episode VIII: The Last Jedi.

Aesthetics: 9/10 – Delivers the OT aesthetics in sharp detail, use of specific colors is effective.

Effects: 9/10 – Excellent CG and cinematic effects. The movie is comparable to the prequels fidelity if a bit less baroque and unconvincing with some of the cg characters.

Sound design (abstain) – The theater was not set up properly and the sound peaked constantly, but I think the sound design was likely a great improvement over the Force Awakens.

Cinematography – 8/10 – The cinematography was good, and generally shots were well-edited and showed the action clearly, though even at two-and-a-half hours the editing felt a little too tight. A descent iteration of contemporary editing strategies.

Characters/Acting: 4/10 – Andy Serkis and Mark Hamill deliver strong, convincing performances that take up too little screen time. Every other performance was bad, and was accentuated by terrible dialogue, missed humor (and indeed humor that was wildly out of place in a Star Wars film), and poor casting. None of the characters act in a normal, human way, and all the characters lack any sort of consistent moral beliefs. The female characters, in particular, were offensively incompetent and bitchy stereotypes, clearly made by a gamma male who doesn’t believe in the feminism he is trying to portray.

Plot: 2/10 – Nothing in the plot makes sense in the greater Star Wars universe, or especially with the setups of The Force Awakens. Nihilism is the main theme, probably unintentionally, as Rian Johnson is clearly incapable of understanding basic moral action, virtues, or common sense. A large portion of the movie (~45 minutes) is completely pointless, undermines the mcguffin of the movie (The First Order can track through lightspeed, and yet characters lightspeed away to have a jaunt in a casino planet). The entire plot would have been avoided had any character acted like a normal, well-adjusted human being.

Aside from a few “Star Wars” moments, the movie is a disaster and an insult to fans. Rian Johnson, with one single work, sweeps away decades of world-building in the Star Wars universe. The hero of the Original Trilogy, Luke Skywalker, is revealed to be a villainous, cowardly and pathetic human. The mystery boxes of Force Awakens are used to insult fans by making fun of them waiting for reveals that would make the nonsense of the previous movie make sense. In a break of the fourth wall, a character tells the audience to “let the past die, kill it if you have to,” essentially telling them off for being fans or being attached to older Star Wars movies. New Force powers are pulled out pockets at will as gotchas, with no prior vision of them in earlier movies and no explanation of how any character learned them.

Rey, the Mary Sue of the first movie, is at the end of the movie able to surpass Luke in every way, including beating him in a duel, having just learned about the force a week prior (as this movie takes place right after TFA).

The entire affair is deeply insulting and I believe will harm the long-term value of the franchise.

I recommend this movie for people who want a cinematic special effects experience with Star Wars aesthetics, but don’t care at all for a good story and generally don’t have an attachment to Star Wars in general.

Awhile back I did a video on what is technically a prequel to the Harry Potter novel series, a movie called Fantastic Beasts and Where to Find Them. With the screenplay penned by series author J.K. Rowling (rather than a screenwriter adapting one of her books), the film is interesting for several reasons. First, it isn’t actually an adaption of Rowling’s book, it is more the story of the fictional character that “wrote” that book, which is a companion book to the main 7 book Harry Potter book sequence. Second, it breaks many of the “Rules” of modern cinema, avoiding the tropes…

Recently I got to watch the new Dark Tower movie, very, VERY, loosely adapted from the epic 7 book series by Stephen King. We didn’t go into the theater with expectations of a true-to-text adaptation – after all, it wasn’t called The Gunslinger and Roland was played by a black actor when he was explicitly white in the book (which actually mattered, as a black character had racial issues with him). This positively affected our experience, but we still felt the movie had significant problems. Watch our video to hear them in detail! 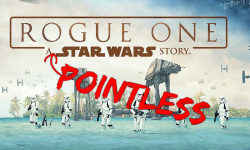 Rogue One: A Star Wars Story is an interquel (yes, like a prequel, but taking place between two other works) that takes place just before the inciting events of the original 1977 Star Wars film, effectively fleshing out the yellow text roll of that original movie into a movie of its own. Therein lays the biggest and most unavoidable problem with Rogue One: it’s pointless and redundant. From the get-go, the concept is unlikely to work, as all of its importance can be summed up in a few sentences slowly crawling up a movie scene. This redundancy doesn’t mean there…

OMG I’m reviewing a contemporary movie! Guardians of the Galaxy 2 is a space fantasy / space opera film made by Disney and takes place in the Marvel universe, though it is not a super hero film. I review and analyze the film’s production, writing, story, and overall effect.

Pre-order my new fantasy novel Water of Awakening here (only 99 cents for the ebook) – https://www.amazon.com/dp/B071G49GH9

The Chronicles of Narnia by C.S. Lewis, besides being a significant achievement in children’s literature, is often the first fantasy series that readers are exposed to due to its widespread popularity, solid stories, and accessible language. In the video below, I go over what you can expect from the series, including its christian allegory, its format in relation to the development of children’s literature, and why I think it is still worth reading today. I will continue this series, going over each book in the series in greater detail and analyzing the themes and stories present in more depth.

If you are interested in my own fantasy books, be sure to sign up for my mailing list for advance access to my projects. My latest novel, The Water of Awakening, will be released on July 7 and may be pre-ordered on Amazon.com.

David V. Stewart is a fantasy and Historical Fiction writer, the author of Muramasa: Blood Drinker and Prophet of the Godseed.